Greyhound Racing: The tracks to visit this spring 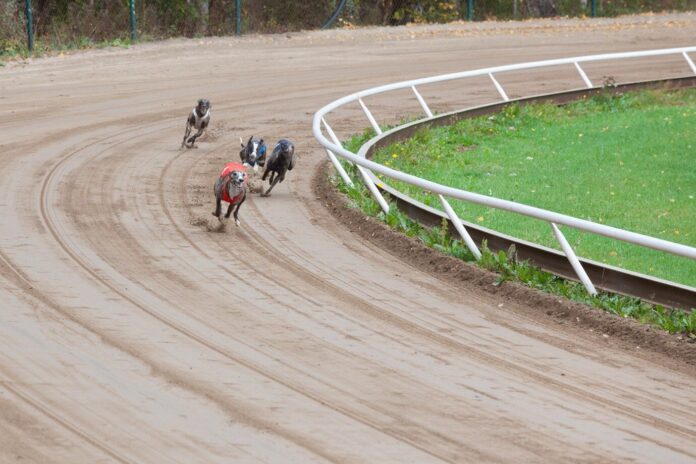 As we head into spring, the dark nights and cold weather are behind us, as are the strict coronavirus restrictions we saw overshadow the majority of sports in the last couple of years. As life gets back to normal, and crowds can finally gather in their numbers again, there is plenty to look forward to for spring’s sporting calendar, particularly in the world of greyhound racing.

While a night at the tracks isn’t as popular as it once was, greyhound racing is still a sport with a lot of history and one that still attracts interest from its loyal following. Once a popular pastime for the working class throughout the 20th century, popularity began to dwindle and eventually that led to a lot of the tracks being forced to hold other sports or close entirely. London has seen almost all stadia close their doors for one reason or another, a sad state of affairs for casual spectators and those who enjoy greyhound betting.

The Midlands has really adopted greyhound racing as a spiritual home in recent years, with a lot of the big Category One races taking place there and several venues getting refurbished to keep up with the modern times. All are easily accessible and worth visiting now the weather is getting warmer. With that in mind, here are some of the best greyhound tracks to spend a night out this spring.

Since taking over from Wimbledon in 2016, Towcester racecourse has been home to the English Greyhound Derby, perhaps the most prestigious race on the entire greyhound racing calendar. In 2019 and 2020 the course was redeveloped but finally got to open its new doors for the Derby last year, albeit with a restricted capacity. This year the 500-metre race will be back in Northamptonshire as Thorn Falcon looks to defend his title and win another £175,000 in prize money for trainer Patrick Janssens.

Over to the West Midlands now and Birmingham’s Perry Barr stadium is one of the oldest greyhound tracks still in use. Just a stone’s throw from the city centre, Perry Barr is littered in history, now sharing ownership with the Birmingham Brummies’ speedway team as part of a multipurpose expansion. In terms of greyhound racing, the track is famous for hosting the Oaks and as of last year will also have the Laurels and St Leger as well as the Scurry Gold Cup.

As mentioned earlier, Nottingham served as a placeholder for the English Greyhound Derby during Towcester’s refurbishment, with the historic East Midlands city seeing victories for Deerjet Sydney and Paul Hennessey-trained Priceless Blake respectively. Now things are back to normal, Nottingham continues to host the Breeders Stakes as well as the Puppy Classic for the younger races this spring and the Eclipse — something to look forward to at the end of the year.

Romford With Wimbledon closing its doors a few years back, those in the capital have to rely on Romford stadium to get their greyhound racing fix. Located just outside of Havering in east London, the 1,700-capacity ground was renovated in 2019, almost a century on from the original construction in the 1920s. Over spring the race will host the Golden Sprint as the feature race, and is most well known for the Essex Vase, won this year by Coolavanny Aunty.