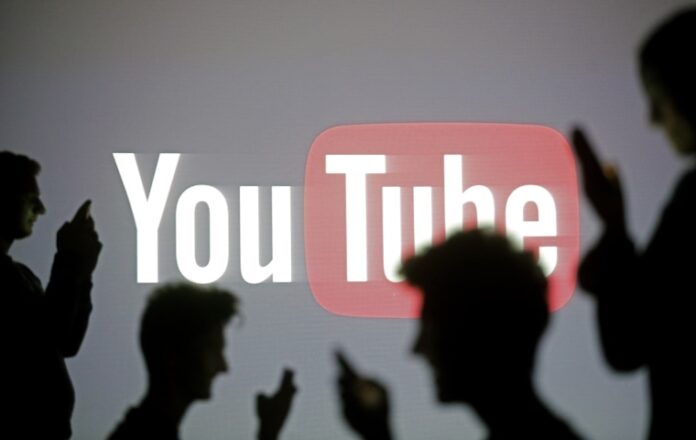 Today, there are a huge number of sites on the Internet that have a large audience of users. One of these platforms is YouTube, which has completely changed the worldwide network over the ten-year period of its existence. Now YouTube is one of the most popular and largest video hosting sites in the world. Its users are more than 1 billion people, which is half of all Internet users on the planet.

YouTube was founded in 2005 by Chad Hurley, Steve Chen and Javid Karim, who made the decision to say goodbye to PayPal and create a huge project. The idea to create the site came to Chad Hurley. Having told his friends about the idea, he inspired them to create something new.

The original idea was to create a dating site that would feature the ability to upload your own videos. It seemed to the creators that with the help of videos, it would be easier for people to meet and start a relationship. But after a little time, the users themselves decided what exactly YouTube would be, because most of the videos uploaded to the site were not about users, but about what was happening around them.

The first investment in the project in the amount of $ 3.5 million was made by Sequoia Capital. With the help of the funds received, the creators were able to improve the server and tell a large number of users about it.

The first video on the site was the video by Javed Karim – “I’m in the zoo”, posted by him in April 2005. It was from this video that the platform made its start and began to develop rapidly. But the first video on YouTube to get 1,000,000 views was a Nike commercial in which famous Brazilian soccer player Ronaldinho, wearing Nike sneakers, showed off his ball manipulation skills. It was this company that was the first to take advantage of YouTube’s advertising opportunities.

The popularity of the new Internet platform was rapidly gaining momentum, and in July 2006 the site was ranked fifth in the ranking of the most popular US resources. At the same time, the owners of the server managed to conclude several lucrative deals with such companies as Universal Music Group, Sony BMG and Warner Music. In addition, the promise of YouTube was noticed by Google, which announced that this site will soon usher in a new era of the worldwide web. And just a year after the existence of video hosting, Google bought the actively developing site for 1.65 billion dollars.

A new stage in the development of the YouTube video portal took place in 2007, the new owners of the Internet resource offered people to make money with the help of popular content, which became possible thanks to the affiliate program. After that, every person who had a video blog was able to make their favorite pastime a profitable business, and many of the users, after just a few months, have already earned amounts with six zeros thanks to YouTube.

In 2011, YouTube took a prominent place in the fight for free speech and democracy. Using the site, activists were able to upload the filmed videos and share them with the whole world, defending their rights. It should be noted that many of these videos have received over 5 million views.

Further, the popularity of YouTube grew at an incredible rate and continues to gain momentum to this day. Now YouTube is in second place among all existing sites in the world and it is believed that in the near future it will replace modern television. Moreover, it provides an opportunity for creative development for the young generation, thanks to the creation of a completely new profession – video blogger.

The first YouTube logo was created before the launch of the site. It contained two words: You and Tube, which means “You are television”. In 2005, the lettering of the logo was written using direct font. The letters in the word You were black, and the word Tube was written in white and located in a red rectangle with rounded edges and shimmering highlights. But after a while, the effects in the form of glare were abandoned.

Over the years, the logo has changed more than once. Now its appearance speaks of the relevance and modernity of the platform. It was last changed in 2017. The developers changed the font and combined both words, but left the spelling of each with a capital letter, and a “play” icon appeared on the left side. Now only a triangle remains from the original form, but its size has become smaller than before.